Below are the dates for our Autumn Dressage Series.

Score over 59% in any of the above dressage competitions to qualify for the Championships!

To see what classes you have qualified for Click Here

We will be holdinga qualifier for The Pony Club Dengie Winter League Dressage on Sunday 19th October along side our usual competitions, details on the schedule.  For more information on the Dengie League go to www.pcuk.org/

Thank You to our sponsors

Well done to everyone today – it was a rather soggy one.

If you were placed 1st – 3rd please email us your address so we can send you your voucher.

Many Thanks to our sponsor Sydney Free Saddlery

Points will be awarded throughout the series which will cumulate in a Championship at our final Unaffiliated SJ Competition on Sunday 26th October.
All classes (except Clear Round) are Cricklands Qualifiers & Qualifiers for the PC Area 9 Showjumping Championships (until August).
Schedule below | all entries on the day.[/vc_column_text][spacer height=”35″][vc_column_text]Championships Show

IMPORTANT:  Due to the clocks changing on Sat 25th Oct ALL CLASSES will be RESTRICTED TO 35 competitors.  NO ENTRIES FOR CLASS 1 WILL BE ACCEPTED after the start of the class at 9am PROMPT!

Please note all timings are approximate and may differ on the day.[/vc_column_text][/vc_column][/vc_row] 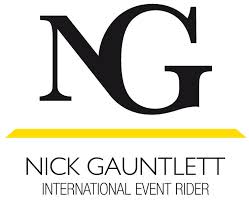 On Saturday 4th and Sunday 12th January Nick and Sammi will be hosting a Jumping and Flatwork Clinic at Rectory Farm. 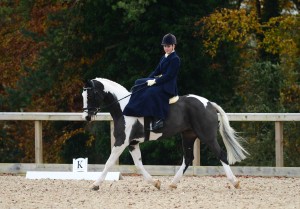 On Sunday 24th November Rectory Farm held their Unaffiliated Autumn Championships. Competitors braved the cold and danced their way through the day in four different classes ranging from Walk and Trot to Advanced Medium tests. Lovely prizes and rosettes were kindly sponsored by the series supporters Sydney Free Saddlery.

Rhianen Godfrey-Cass rode Nicky Ford’s 5 year old Scooby to victory in class one scoring 67.37%. The Ford’s also had another success in this class with Nicky’s 7 year old daughter Heidi who has improved throughout the series to come third with her 19 year old pony Bailey.

Class two was won by Madeline White, she rode her very elegant horse Tickeridge and scored 77.2%, the highest score of the day. Second went to Pandora Brisleden who scored 73.2% riding her smart dun pony Landwell Peppercorn and third went to Stuart Nie and Macavity Van-T Steinershof with 69.6%.

Hannah Goddard scored 69.58% in class 3 for a win on her handsome chestnut gelding Drewmain Moonman. Judge Jan Brooks commented on what a fantastic partnership Hannah has with this young horse and sees great potential for the future. Second place went to Jude Matthews riding Hoi Polloi. Jude was so pleased to be back out competing, she had previously given her mare two years off competitions to get her more relaxed. Patricia Haskins and her lovely 5 year old coloured mare took third with a great score of 68.33% 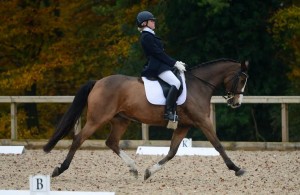 Class four gave an option of riding novice to advanced medium tests. This had been a great opportunity for riders to compete at a higher level but in an unaffiliated environment. Lisa Sterrow was the victor riding an elementary test with her horse Chips. Judge Nick Rodgers was impressed with Lisa and Chips active and fluent test he scored them a fantastic mark of 71.33%. Second place with 68.7% went to Emily Carmichael and Wolkenlos riding a medium test and equal third went to Chloe Gunn who rode side-saddle on her horse Oaklawn Gypsy and Morgan-Beth Crockford on her lovely pony Arthen Mellten.

Great thanks go to our sponsors Sydney Free Saddlery and we look forward to 2014!

Entries are now being accepted for the Evening Unaffiliated Dressage Championships

(Postal entries will be accepted until Friday 8th, Late Entries may be accepted after that date at an additional fee of £2 per test)

If you have scored over 59% in any of our Unaffiliated Evening Dressage then you qualify for  the Championships in that class.

N.B.  Under no circumstance will entries be confirmed until payment has been received

N.B. Please make a note on your entry for if you have a specific time frame you wish to compete in, the competition will start about 4pm and finish about 8pm.

If you score  over 59% in any test in class 1 or 2 through out the summer series then you can qualify for the Chapionships on 13th August.  See if you have qualified  below:

For Late Entries Text or Email: